Ancestral Memories and a Gothic gully

A chilly Saturday morning, with snow on the mountain, frost on the garden and the Bridgewater Jerry winding its way down the river. I tossed a bucket of water over my car to clear ice from the windscreen and went to meet the rest of the group for a walk on private land on the approaches to Spring Hill. We parked beside the Colebrook Rd and headed off into the paddocks. 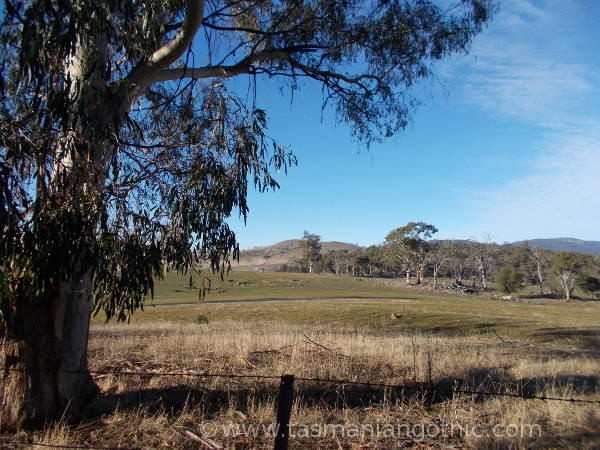 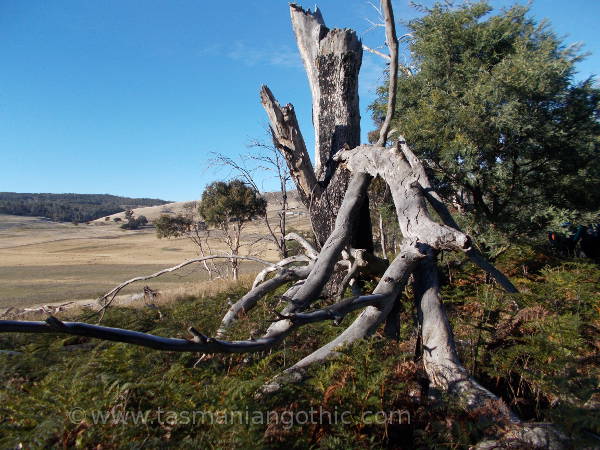 The first part of the walk followed the appropriately-named Serpentine Valley Creek. 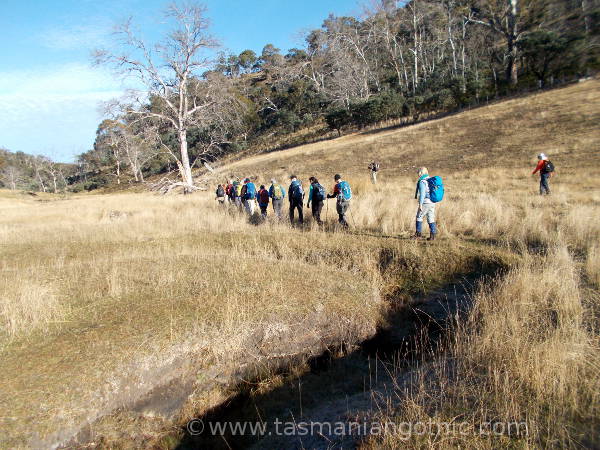 We became very familiar with this creek as it wound its way back and forth across our path and we hopped, scrambled and splashed across it. There were also plenty of fences to climb. 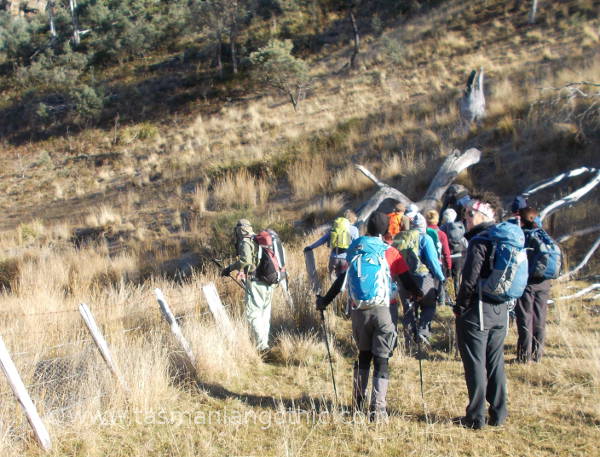 Although this was generally a fairly level walk, the energetically inclined scrambled up hills to inspect particularly interesting caves 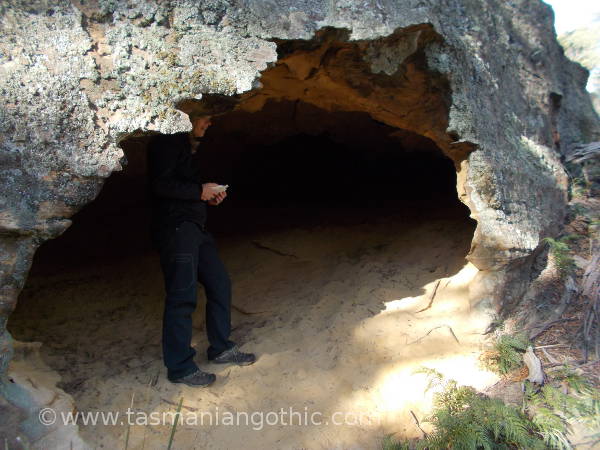 The trouble with living alone is nobody else will make your lunch. Today I invented a new game - Schroedinger's Lunchbox. While I didn't look in it, my lunchbox contained roast fowl, venison pastries, delicate salads, charlotte russe and a small bottle of white wine. Alas, when I opened it I found this:


Life is full of these little disappointments, but I wasn't going to let it spoil a lovely day.

Coffee in hand I followed several other people along a sheep track to a delightfully bijou cavelet a little higher up the hill. 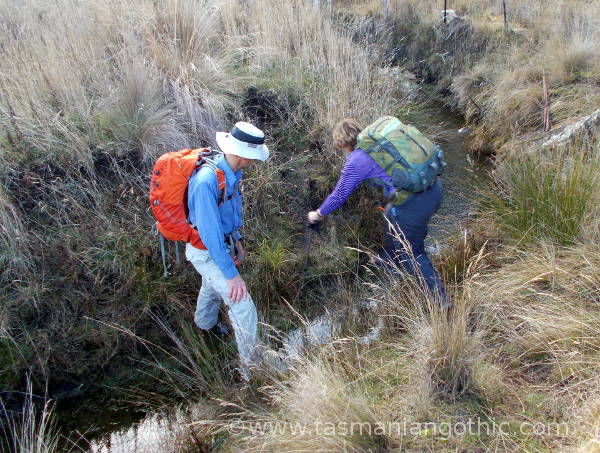 At the end of the valley we joined the route of the convict-built coach road from Kempton to Lovely Banks. This runs through another rocky gorge called Murderers Gully, ostensibly where bushrangers held up the odd coach. It is certainly an isolated, unfriendly place to have to travel through and a great place for an ambush. In the 1820s Major Bell changed the route to somewhere near the present line of the Midlands Highway, through more open country, but some people still seem to have used the Serpentine Valley road. 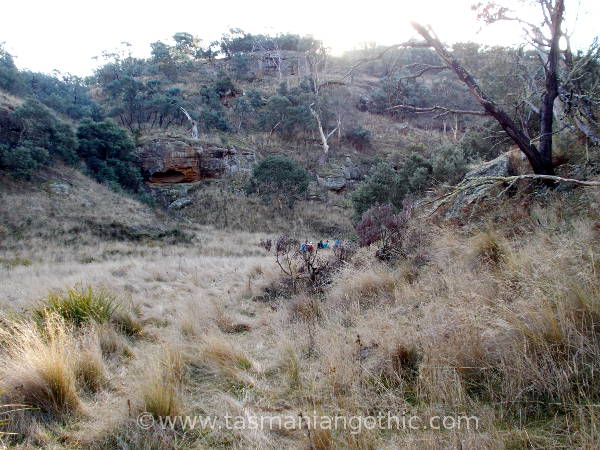 In Highway in Van Diemens Land, G. Hawley Stancombe wrote "Nearby and to the east lies the curious Serpentine Valley . . . It rejoined the Main Road at the foot of Spring Hill, but was too narrow for carts, being a narrow defile between steep cliffs."

Robert Knopwood travelled to the Tamar in 1814. He described Stony, or Serpentine Valley, as "a beautiful valley but should you meet with the natives you must inevitably loose [sic] your life the hills of each pass so high that they would kill you with stones."

Governor Macquarie went this way when he travelled on horseback from Hobart-Town to Port Dalrymple in 1811. With a  cavalcade of officials and a military escort to accompany them, they would have had little fear of attack.


One of my forebears was the District Police officer at Kempton (then Green Ponds) in the 1830s; he would have been familiar with the road through this dark valley.  Another hired out his bullock team to Governor Macquarie for his second trip to Port Dalrymple in 1821.

Many of my ancestors lived at Ross, Oatlands, Jericho and Parattah and some travelled frequently to Hobart.

I tried to imagine my great-great-great-great grandmother here in a small horse-drawn conveyance late on a winter afternoon; what warm clothing would she be wearing? Would she have a soft possum-skin rug to wrap around her knees? And would she and her companion be urging their pony to trot faster, fearing that at any moment some rough character or a group of aborigines would leap down upon them from the enclosing hills?

We had no such things to bother us. We encountered nothing more terrifying than a large black bull who was not too sure whether we should be in his territory, but did no more than snort and paw the ground as we passed.