Wallowing in Nostalgia - People's Day at the Royal Hobart Show 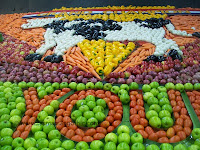 A couple of weeks ago I enjoyed myself at the Royal Melbourne Show, but couldn't help feeling that although it had lots of colour, movement and noise it lacked the certain Something one finds at the Hobart Show. So I went to the Hobart Show on Peoples' Day.

Usually I go on Friday in hope of smaller crowds, but decided to brave it this year in the interests of Comparison. 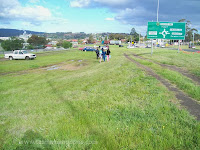 Weather wasn't quite as miserable as it traditionally is, but there didn't seem to be many people there and everything was pretty much as I expected, only better.

For example, there was plenty of parking space. (There's my car, the blue one off in the distance).

I watched the traditional country pastime - woodchopping, a sport said to have been invented in Tasmania. Occasional falls of snow on the Mountain during the day  are not quite so traditional. 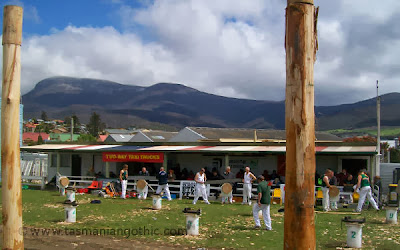 Taking refuge from temporarily inclement weather in the Produce Hall I discovered the sort of Fruit display one used to see in the past, but which has been absent in more recent years. Nice to see it return. 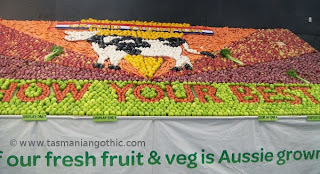 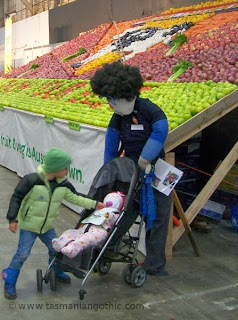 The produce hall was infested by a fearsome horde of scarecrows created by different groups of school children. Fortunately, there were plenty of police officers about to protect everyone. 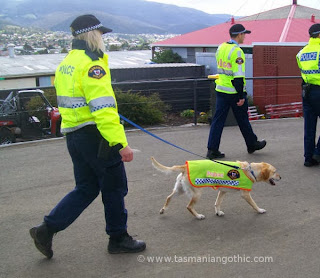 Of course, there were farm animals; after all, that's what The Show is all about, isn't it? 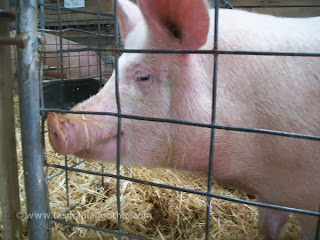 In the main arena there were equestrian events, and the Grand Parade. 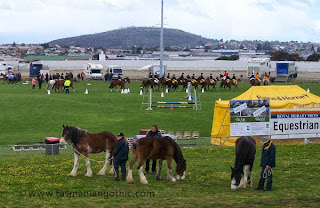 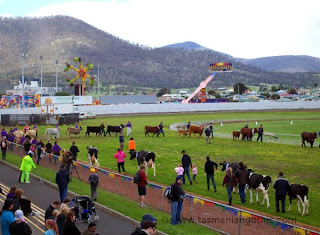 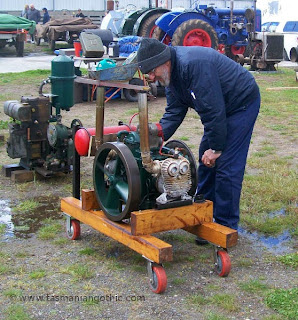 The Old Bits and Pieces Club of Tasmania Inc kept me fascinated for quite a while.

I love machinery and this dedicated band of enthusiasts have rescued and restored some amazing – well – bits and pieces.

This was my favourite: 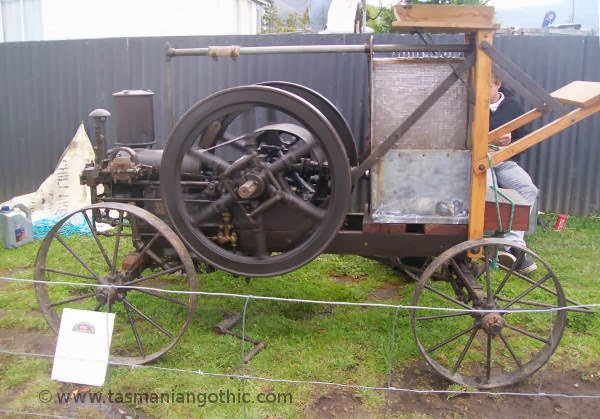 It's a 780E 4 horsepower screen-cooled engine made in the USA by International Famous in 1917. A pretty primitive cooling system, but it obviously works!

And what about this two-cylinder gem, also seen above with its attentive owner ? 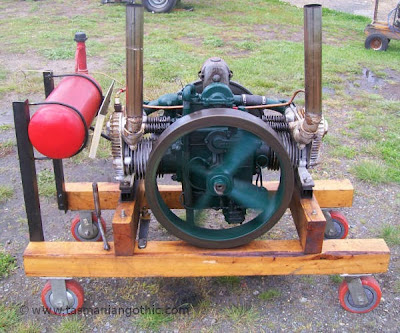 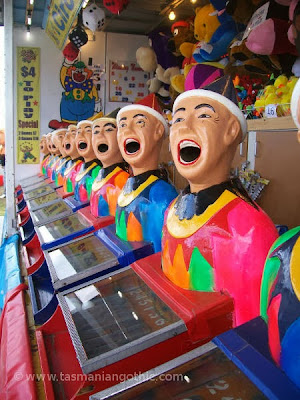 While on the subject of Old Things - these laughing clowns date from the early days of the last century – before the Great War. Their owner, now in her seventies, has been taking them round the shows for fifty years. They're made of plaster, and she's just given them yet another coat of paint. I probably popped ping pong balls in their mouths when I was brought to the Show as a small child – and my father reckons he probably did, too.

These are some of their younger brothers - probably from the 1940s 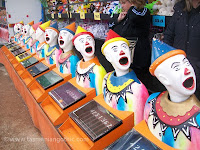 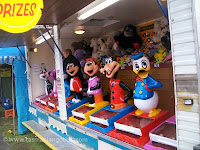 The modern fibreglass versions don't seem to have nearly so much character, somehow. 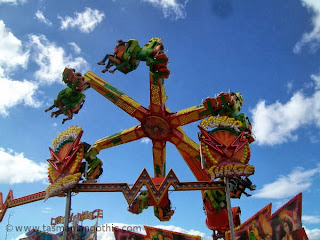 Now, here's something you really don't expect to see at The Show - real, life-size dinosaurs!


One of the most fascinating puppet shows around these days is the Dinosaur Petting Zoo, a highly entertaining introduction to palaeontology that seems to turn up everywhere.

Erth Visual & Physical Inc. create some truly awesome spectacles; the Dinosaurs are only a small part of their output. Their website is absolutely worth a visit:

And while we're on the subject of dinosaurs, here are some of their direct descendants, the largest ones you'll see anywhere today: 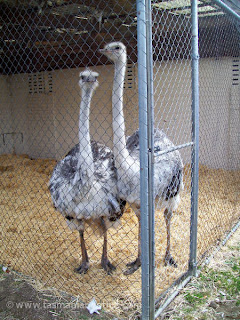 Posted by Elizabeth Barsham at 5:15 AM No comments: