O is for Osborne

Lake Osborne, that is. Today's destination. O is also for Old Kermandie Track. This was the original track from Geeveston to the Harz area before all those roads were put in. We started from the end of Bennett's Road, making it a much shorter walk.

In the early days, a trip into the Harz definitely required overnight camping. Hikers who felt they had to carry too much could hire a packhorse, but if today's adventure is anything to go by, that would not have been a great help. Because


O is for Obstacles

Here are some of them.


Mud. Lots of mud. In some places corduroy had been laid, but this has its own perils, being very slippery when wet. Which it usually is – that's why it's there. 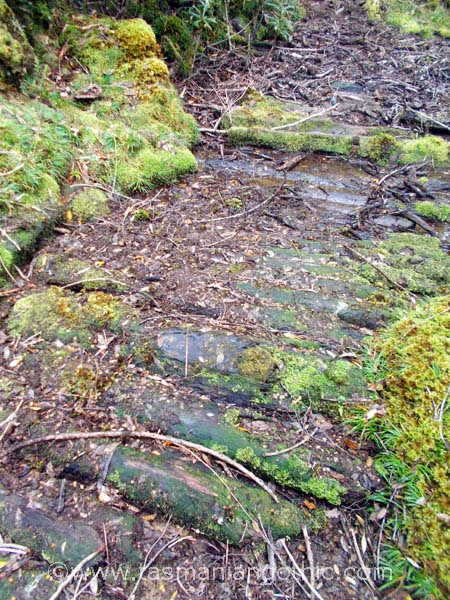 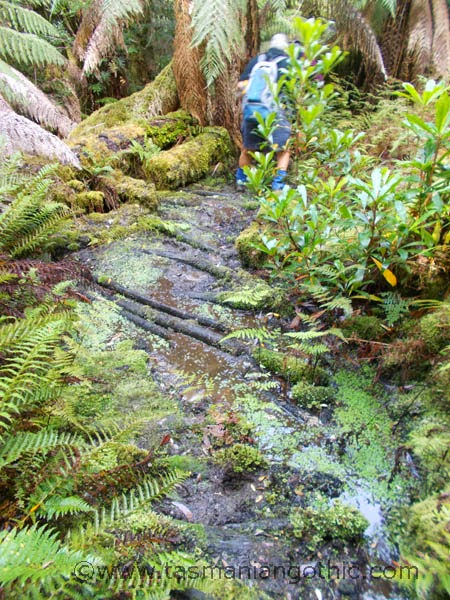 There were creeks to cross;  usually there were a few strategically placed stones


In a couple of places there were nice little bridges

This is what the new footbridge replaced: the forest is not kind to the works of man


There were a few rocks to step up and there was some definitely anti-pedestrian vegetation. 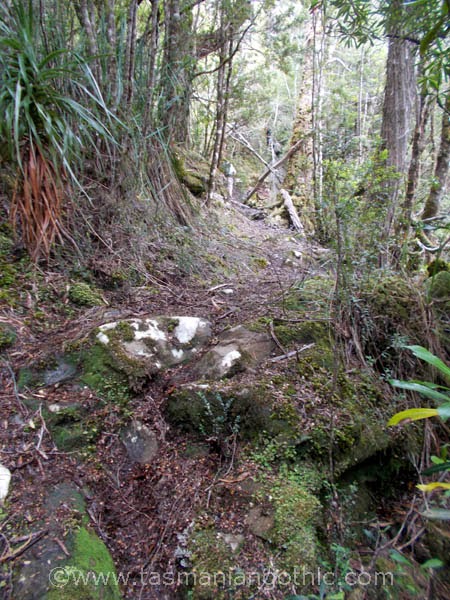 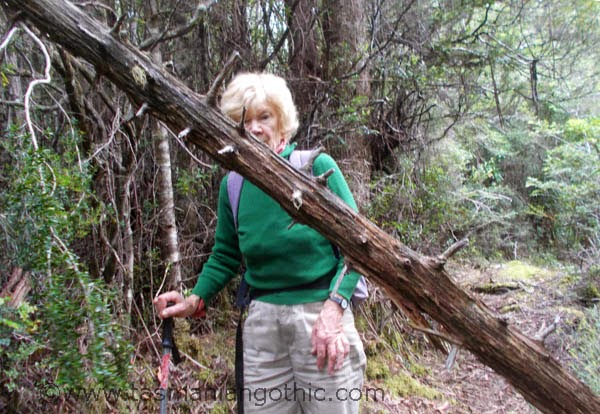 However, there were some absolutely beautiful views through the forest. I took far too many photographs. 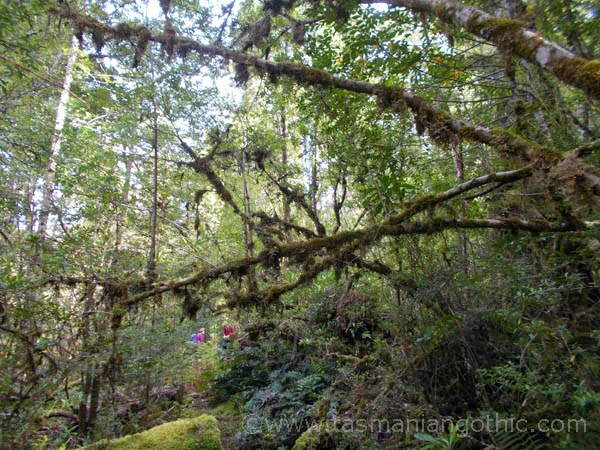 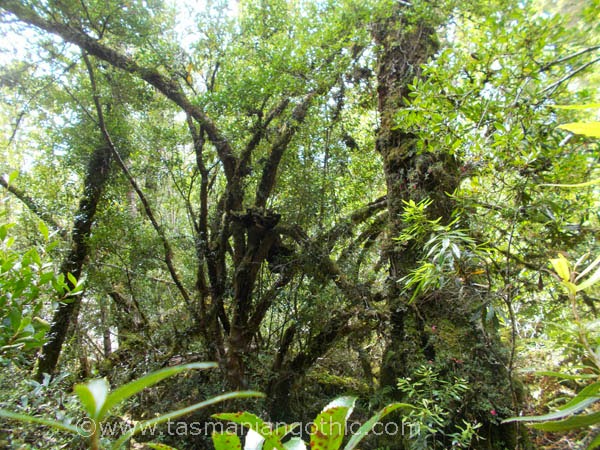 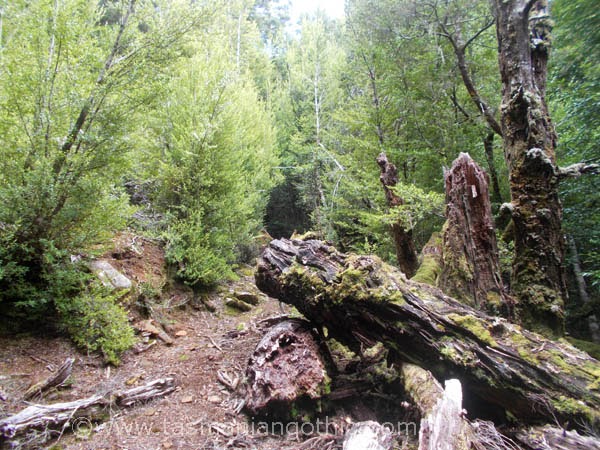 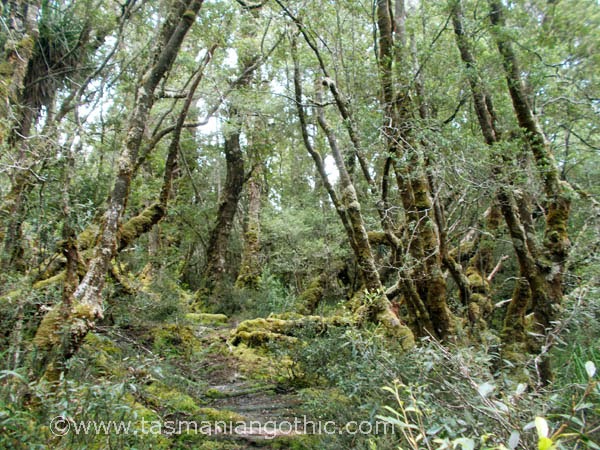 a cry which immediately had  cameras appearing in every hand and photographers jostling for position to get the perfect shot. 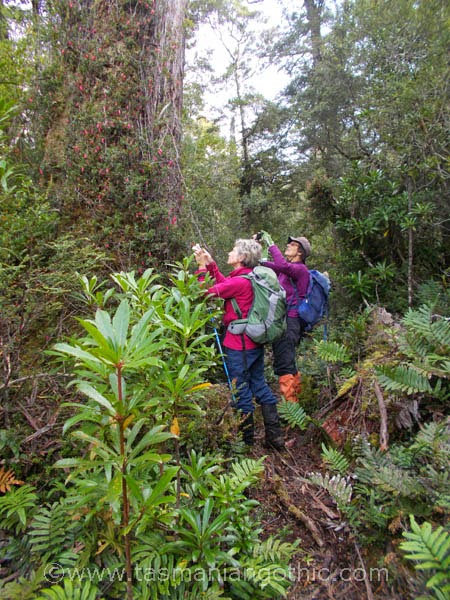 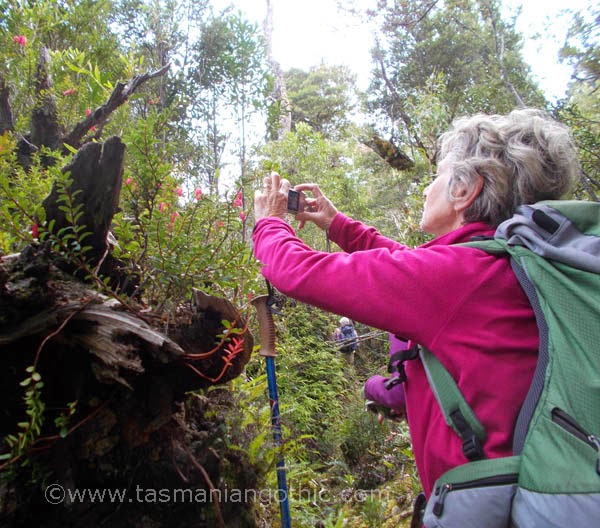 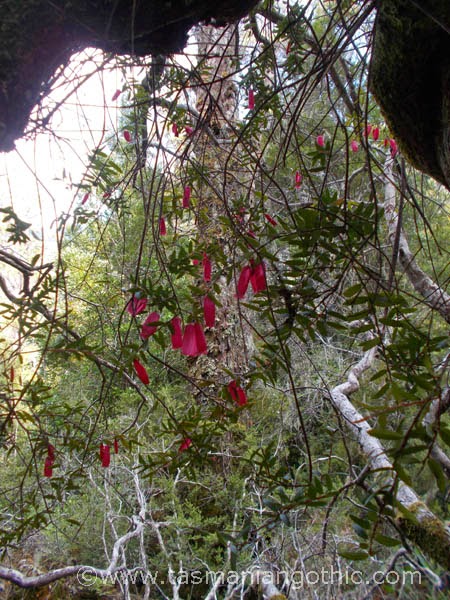 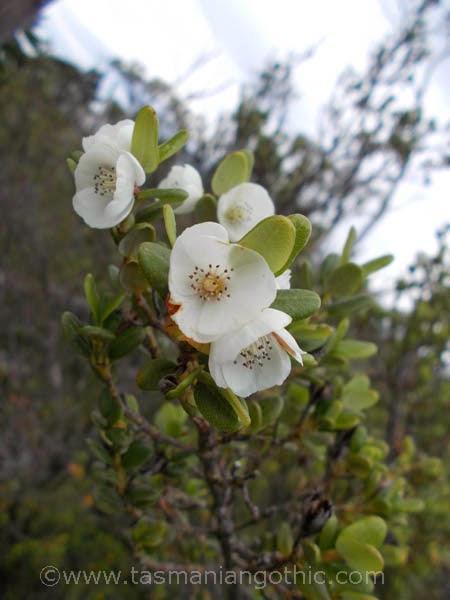 There is a pretty little waterfall behind all this vegetable entanglement – and it was duly photographed, too. 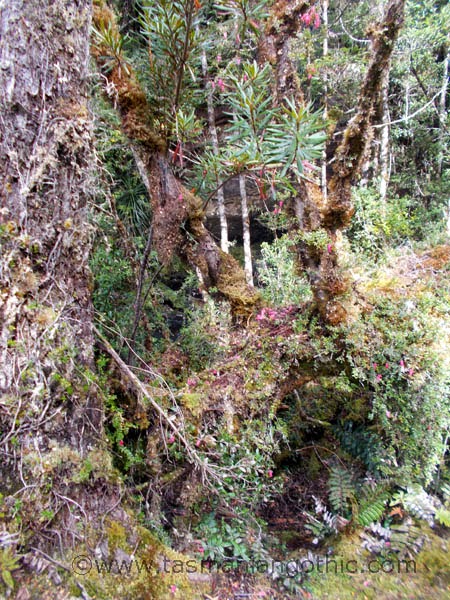 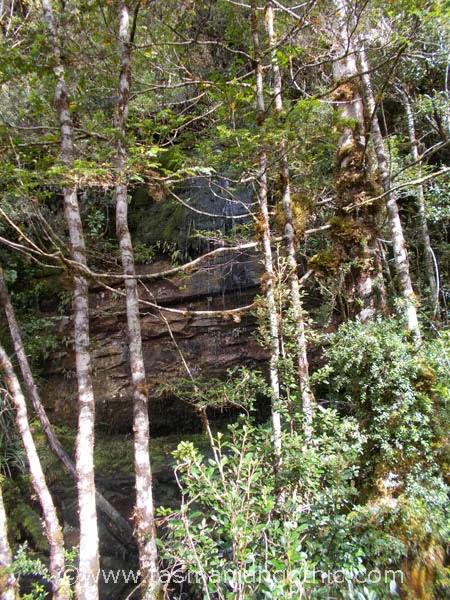 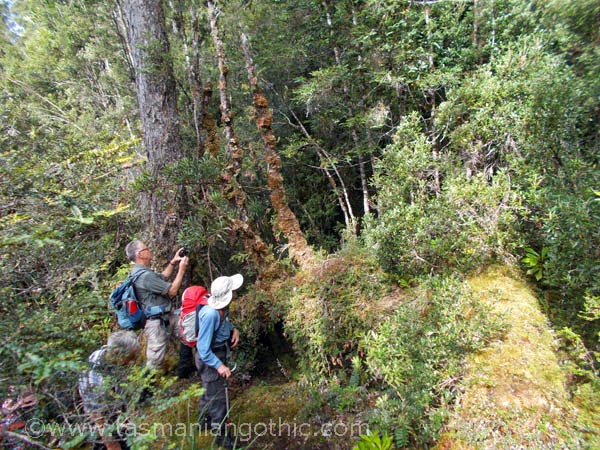 Despite all these distractions, we eventually came to an old hut site where some of the party elected to stop for lunch. The rest of us were determined to carry on to Lake Osborne. 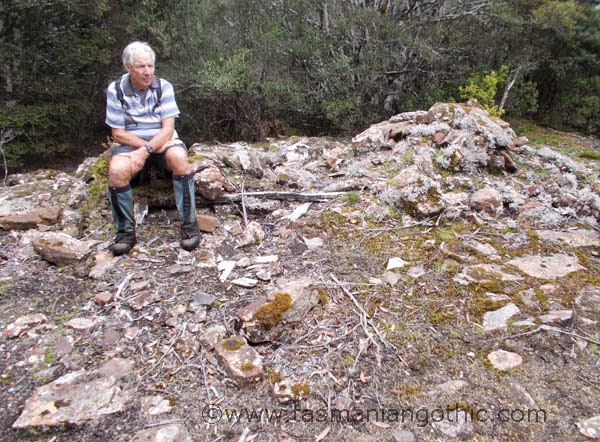 Another ten minute's walk brought us to the Hartz carpark, where we took advantage of the comparatively luxurious facilities before continuing on. 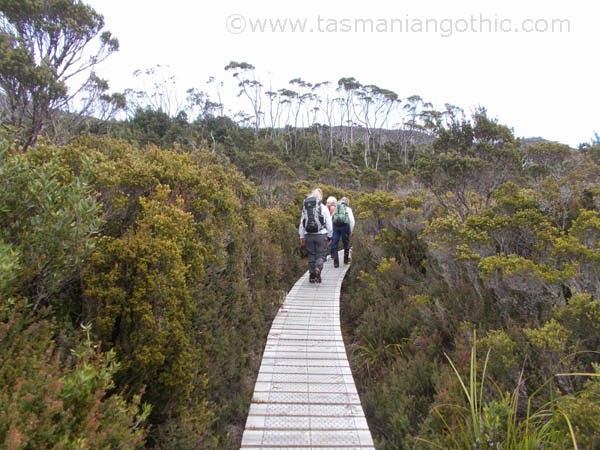 It's only a kilometre or so from the carpark to Lake Osborne and the track's much more civilised. No mud and fallen trees for all those delicate tourists, thank you!

And lunch at a rather windswept Lake Osborne which, I'm happy to note, nestles at the foot of the Devil's Backbone. 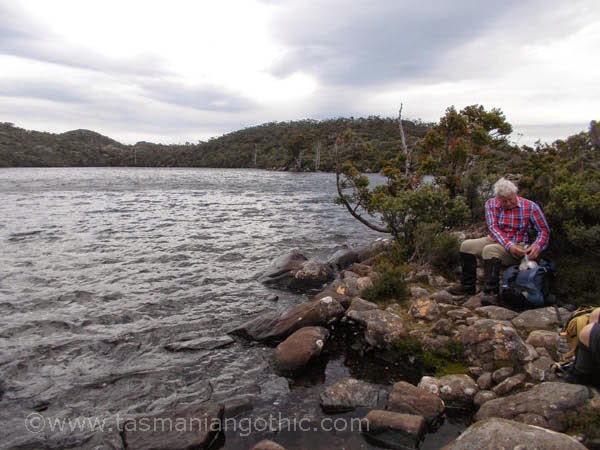 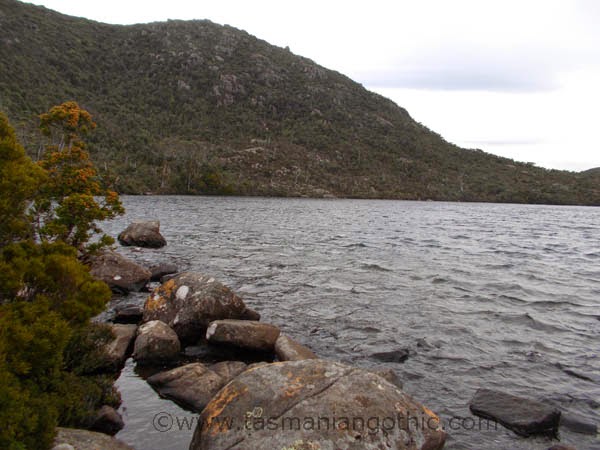 Posted by Elizabeth Barsham at 12:51 AM No comments: