On the trail of the Whalers

Every place-name has a story behind it. It may be a nostalgic transplant from the Old Country; it may commemorate somebody who seemed important at the time, or it might refer to the place itself, its distance from somewhere else, the opinion of the person who named it, or a singular feature.

The history of European activity in Tasmania is brief by world standards, and there are relics from some of the earliest days dotted around the state in all sorts of unlikely places. However, you do often need expert advice to confirm whether an overgrown pile of rocks constitutes significant remains or merely a failed garden feature.

Nobody gets a prize for guessing why Whalers' Lookout is so named, nor for guessing that it is a prominent feature. And I was lucky enough to have Barry Ford with me when I walked out there. Barry has been walking and camping in the area for more than half a century and is generous in sharing his knowledge. 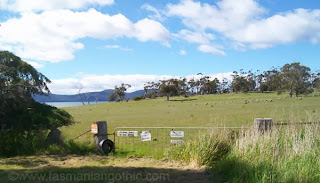 The walk is across private property, so the landowner's permission is required before you start. 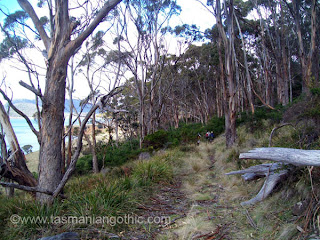 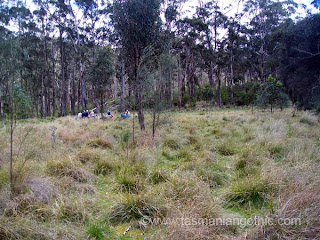 Police officers were once stationed here to guard the East Coast against smugglers. There isn't much to see now, but there are plenty of sheltered little bays where it would be easy for nefarious persons to bring ashore things they shouldn't. 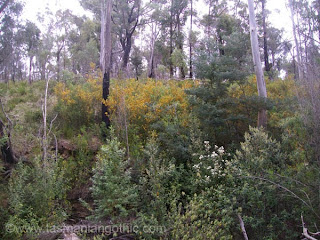 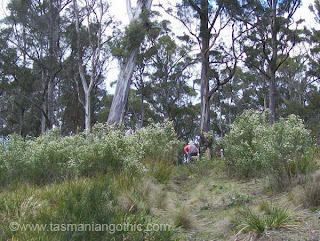 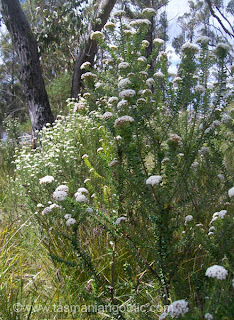 Wild flowers are glorious at this time of year. Yellow pea-flower, flag lilies, and this white flower whose name I don't know. I just paint stuff; I don't have to know what it's called. 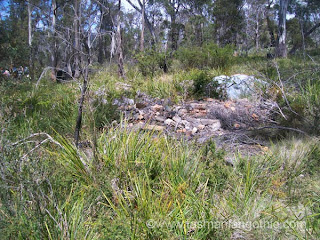 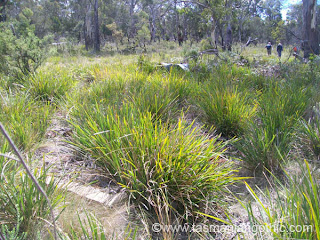 Once upon a time there were several Youth Hostels along this coast, situated a comfortable day's walk apart. This one burned down in a bushfire in the late 1950s. The next one along was at Bream Creek; I don't know whether it's still there, but I shouldn't think it is.

Long before it became unfashionable this was the location of one of several whaling stations. Whales were so plentiful along the Tasmanian coast that crews rowed out from the shore to hunt them, and there were other on-shore stations at Adventure Bay and Trumpeter Bay on Bruny Island as well as several up the East Coast. It only took a few years to cut numbers so drastically that the stations closed down and the whalers had to put out to sea again. 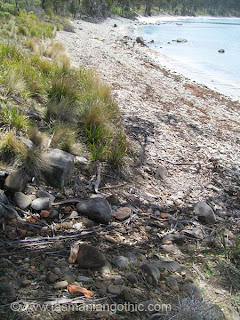 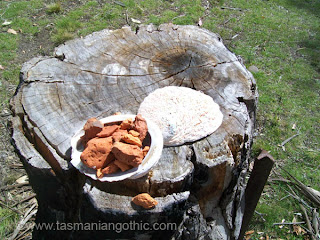 Fishermen and others often come ashore here, and somebody had left not long before we arrived; the ashes from their camp fire were still warm. They'd left this little arrangement on a stump by the fire.


I don't know how the chap on the lookout communicated with his mates at the whaling station; he may have shouted very loudly, or perhaps he just ran back down as fast as he could go. At any rate, I imagine there was much rushing to the boats when the signal was given that whales had been spotted.

There is just as much excitement today about whales  in the Mercury Passage, but nobody is going to hunt them now. 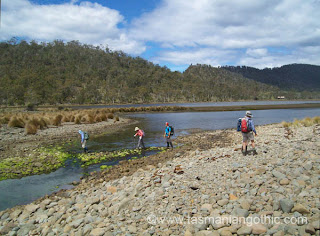 Between the whaling station and the lookout is the entrance to Cockle Bay Lagoon, which must have caused some inconvenience at times. We were fortunate the tide was well out, so we could cross easily, but this is not always the case and on previous visits I have had to walk right around the lagoon and tackle the hill from the other end.

We much prefer to make a circuit, up one side of Whaler's Lookout and down the other.

"Up" from this direction is an abrupt gravelly ascent through a lot of inhospitably prickly wattle to the top of the lookout. But the view from the top is well worth the trouble. We spent a little time there, picking off leeches and eating our lunch. 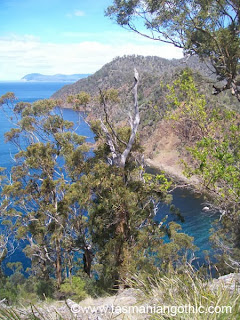 The view. Barry says the remains of a World War II observation post can still be seen on top of Cape Bernier, should you be energetic enough to scramble up there to look. I'm told it's pretty rough going, so I'll just take his word for it.

After lunch we went down the other side. 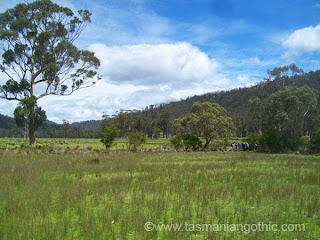 We circumnavigated the lagoon, then revisited all these places on our way home.

With many thanks to Barry Ford for answering all my questions.
Posted by Elizabeth Barsham at 3:38 AM No comments: