This is a view of Platform Peak; there isn't anything particularly exciting about the peak itself, but there is a most impressive cairn on top of it. 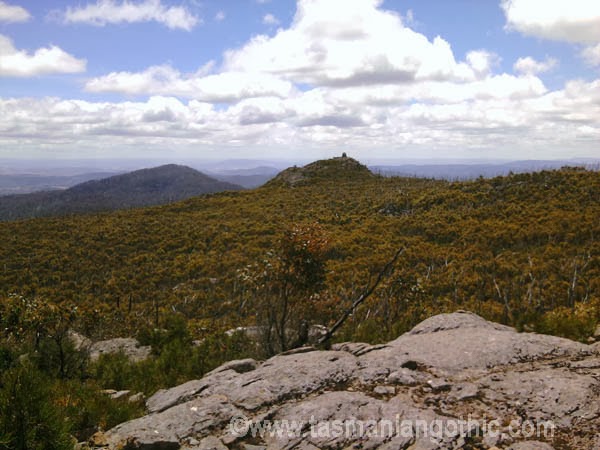 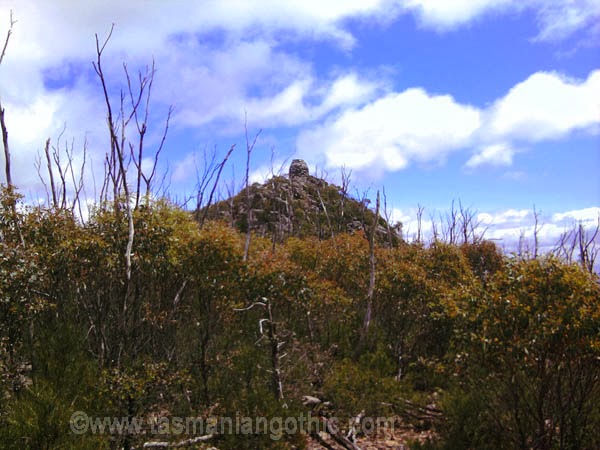 Between 1833 and 1836 James Sprent, Assistant Surveyor, set up about fifty survey points across southern Tasmania. They were approximately fifty kilometres apart, and were marked with various poles, tree trunks and stone cairns. Some of his stone cairns are still standing; I am told this is one of them. Sprent's surveys were so detailed and accurate that they fit today's measurements with no need for adjustment, but his years in the bush impaired his health.  In 1858 he was made Surveyor General, but was forced to retire later that year and died a few years later. 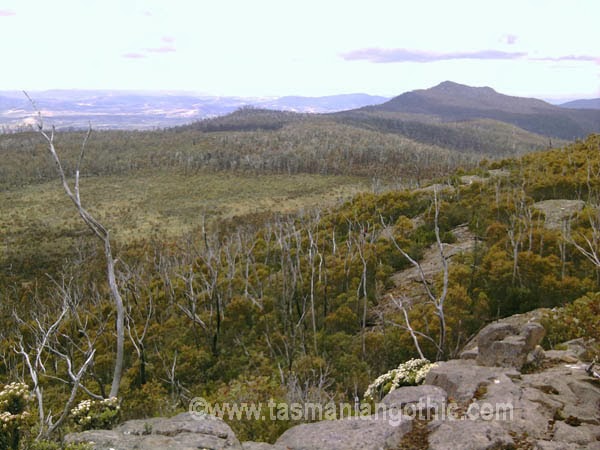 There is a good article about early Tasmanian surveyors and their markers here:
http://www.wildcaretas.org.au/news_details?news_id=194
Posted by Elizabeth Barsham at 10:10 PM 1 comment: