Mt Field National Park has to be one of the most magical places. It has everything scenic – and only an hour's drive from Hobart. There are  picturesque waterfalls and temperate rain-forest in the vicinity of the Visitors' Centre at the entrance to the park and the sixteen kilometre drive to Lake Dobson brings you within easy walking distance of mountain tarns, sheer cliffs, rocky slopes, high moors and alpine scenery. On the way you pass Lake Fenton, source of much of Hobart's drinking water.

I've always thought Seagers Lookout, above Lake Fenton, looks terribly forbidding with its dramatic boulder-covered slopes so it was with a certain amount of trepidation that I set out to climb it on the way to Mount Field East.

I needn't have worried. The track leading up the hidden, not so scary, side is well-marked and, although wet in places, not particularly steep. 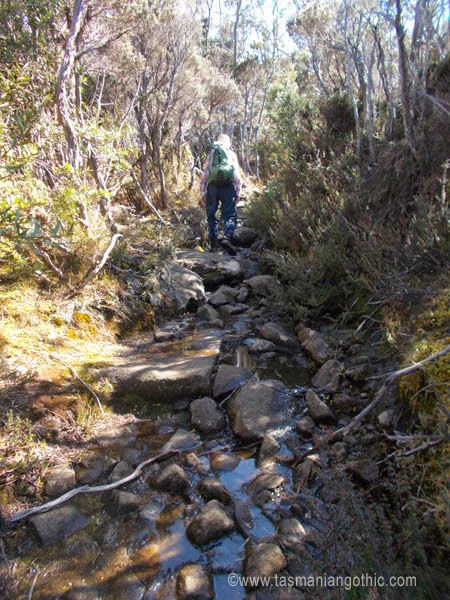 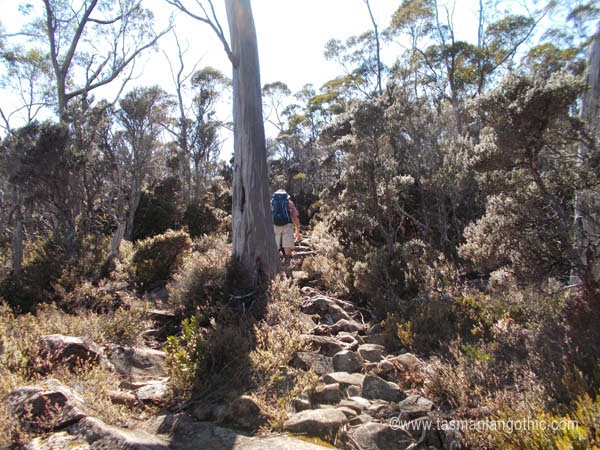 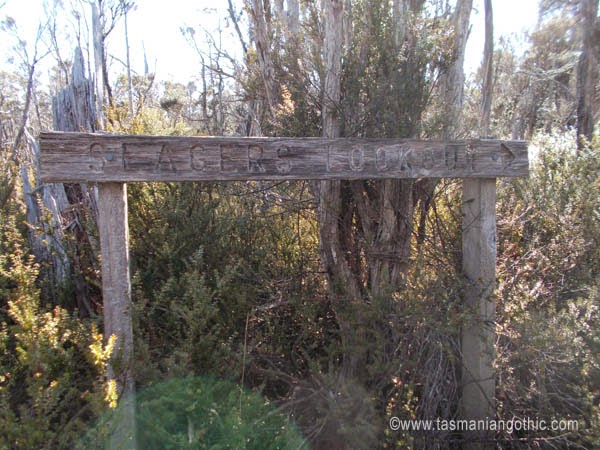 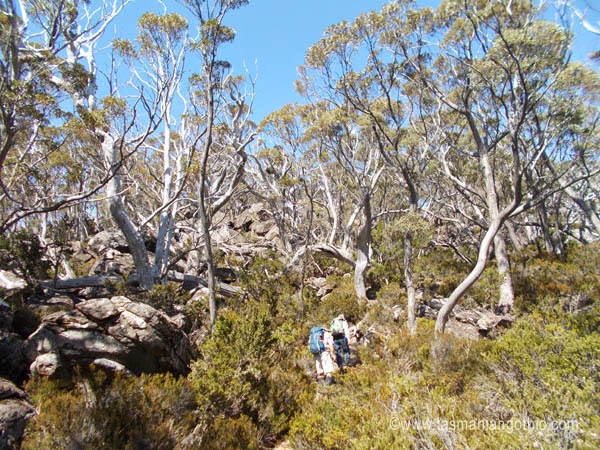 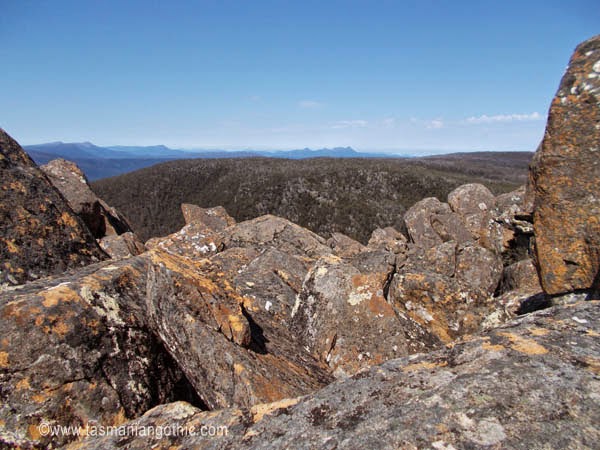 After morning tea on top of Seagers Lookout we retraced our path to the junction with the Mount Field East track. 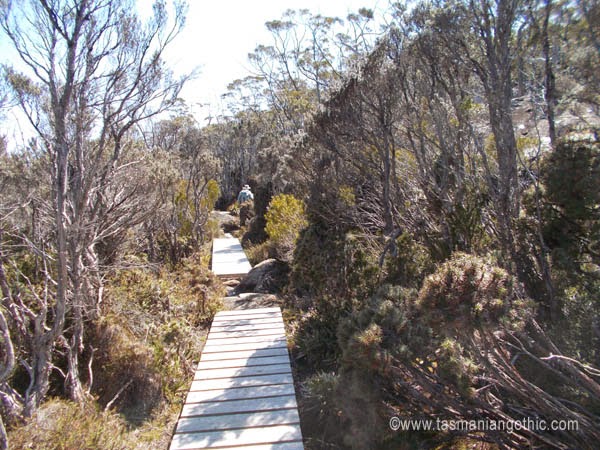 At first there was duck-boarding over the muddiest patches, then we reached Windy Moor. 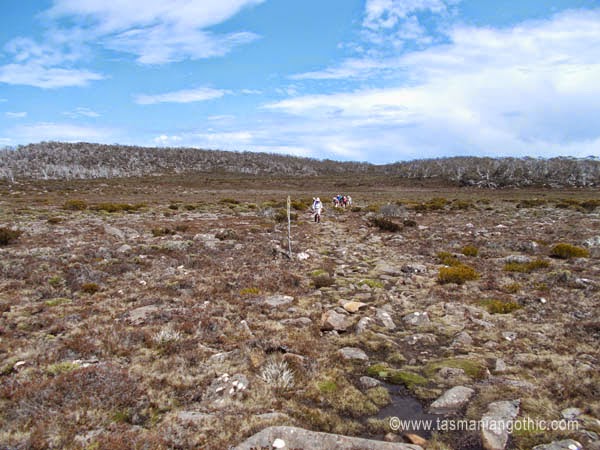 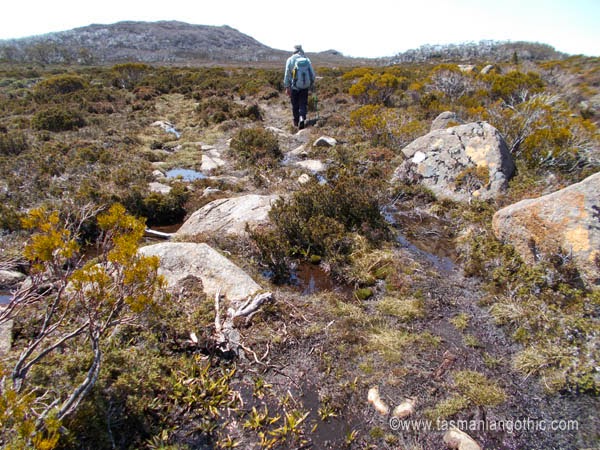 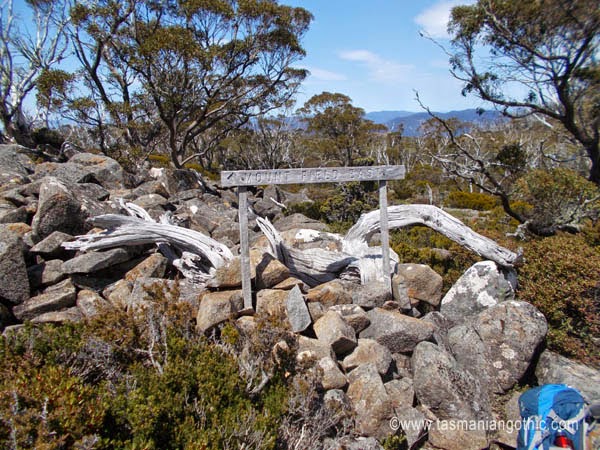 The structure at the top is the remains of a Sprent cairn constructed during the first survey of Tasmania.
James Sprent (1808-1863) arrived in Hobart Town in May 1830 and opened a public school in Liverpool St. In August 1833 he was appointed temporary assistant surveyor and as part of a trigonometrical survey of Van Diemen's Land set up survey points throughout the south-eastern part of the island. The precise form of these markers depended on available materials, so there were a lot of ten-foot-high stone cairns constructed on rocky mountaintops.

The exact number of cairns built by Sprent is uncertain, many have been partly demolished, and some have modern survey beacons erected on their remains.  The most blatant act of vandalism was the complete demolition of the Sprent cairn on Mt Field East in the mid 1980’s. Less than 12 Sprent cairns remain substantially intact. (ref. Fred Lakin in Tasmanian Tramp, reprinted in Wildcare incorporated newsletter)

An extremely dark green person who believed there should be no man-made objects in a national park took it upon himself to remove Sprent's marker. How he coped with ski-tows, duck-boarding, footbridges and improved paths is a mystery; perhaps the cairn was an easier target.


Sprent's map of Tasmania was completed by 1859 and you can purchase a copy of it from Tasmaps, should you wish to do so: https://www.tasmap.tas.gov.au/do/product/HISTCHART/HISTSPRENT1

After lunch on the summit of Mt Field East where lizards darted over the rocks and we basked contentedly in the warm spring sunshine, we made our way back to the track junction and headed downhill to Lake Nicholls. 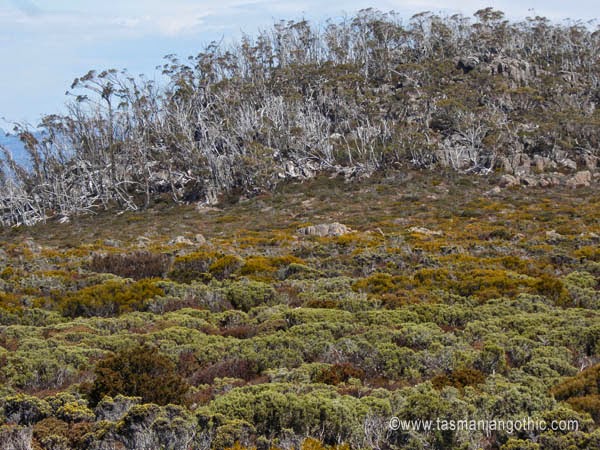 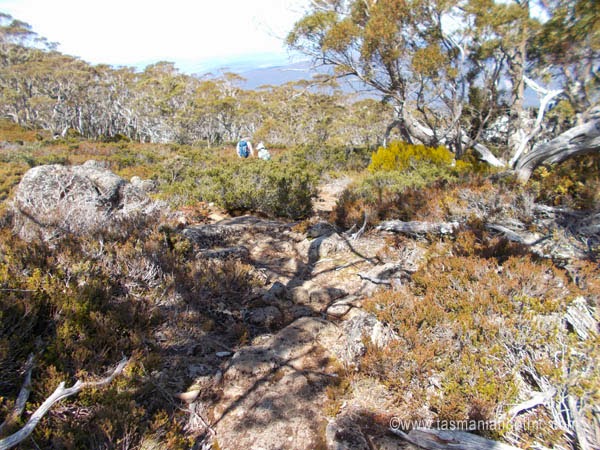 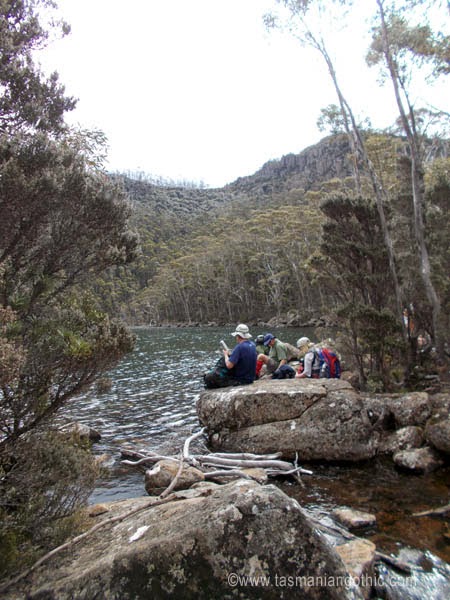 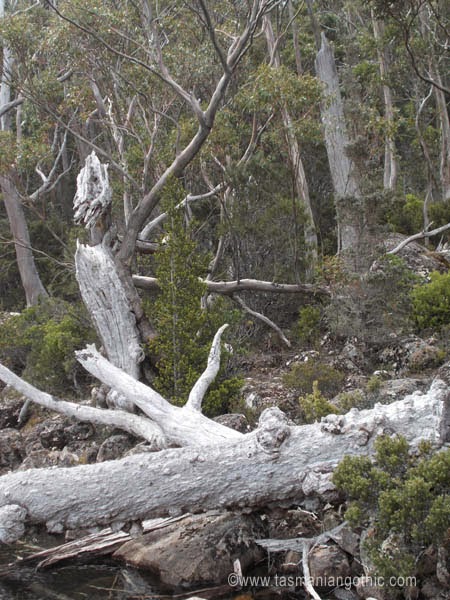 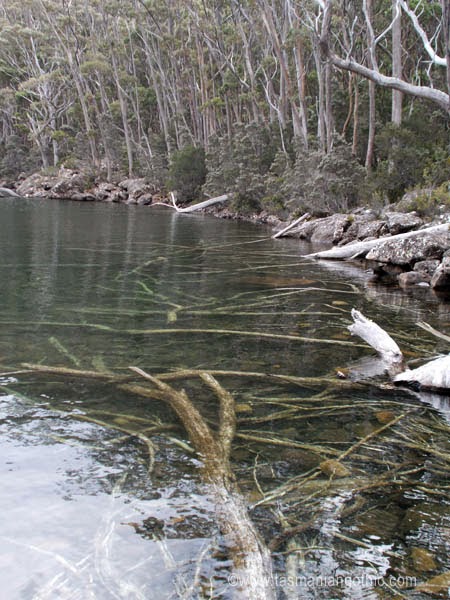 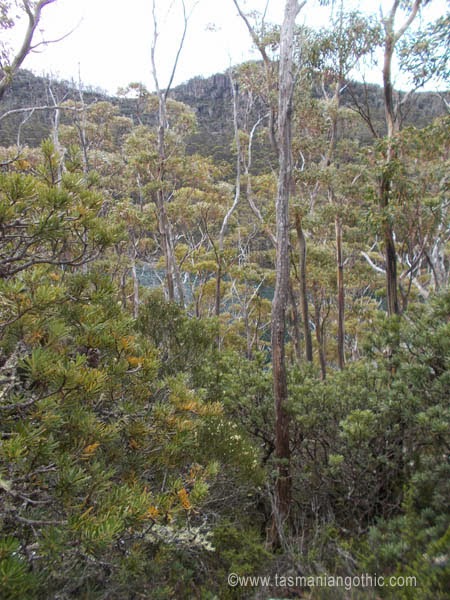 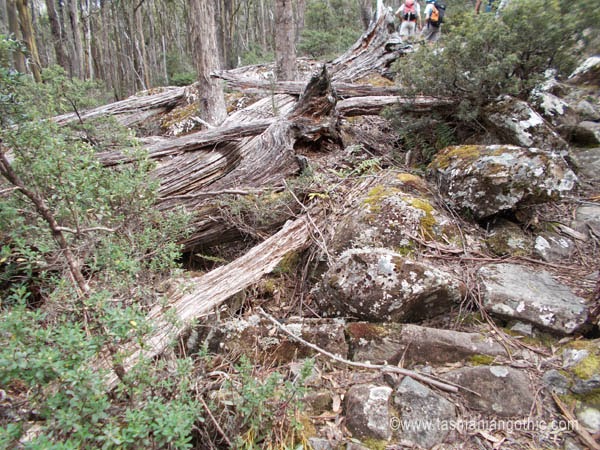 From Lake Nicholls we followed the narrow ridge bounding the end of the lake, then it was all downhill back to Lake Dobson road. According to a party member's electronic recording device, we had covered 10.6 kilometres.

Posted by Elizabeth Barsham at 9:33 PM No comments: